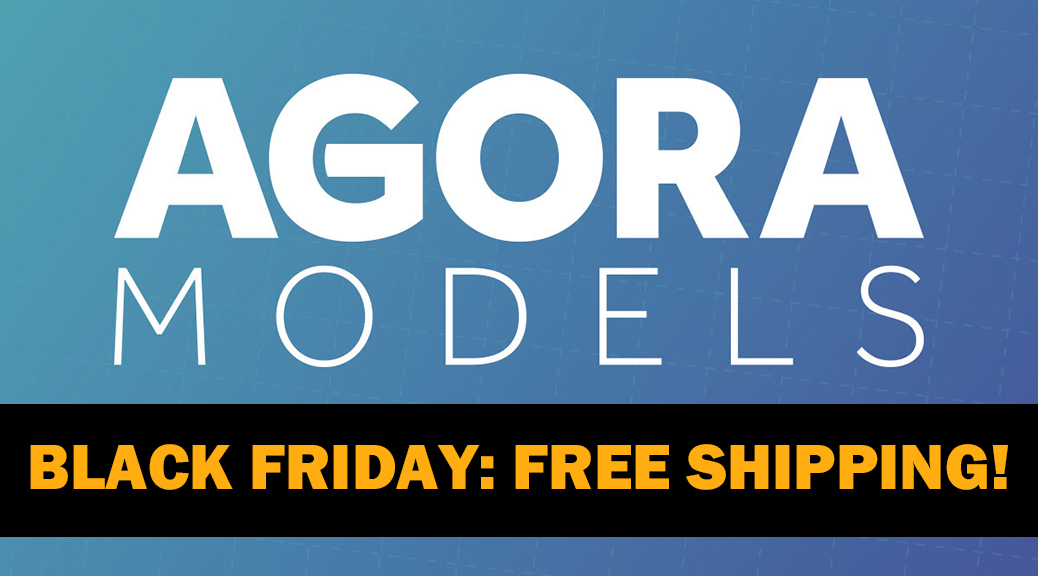 Agora Models is currently offering FREE SHIPPING on any purchase made in US/Canada through November 30, 2022! It applies to:

The Full Kit deal is the best as it can save up to $50. Speaking of Full Kits, I saw many of their models are now available as Full Kits:

If you are in North America and interested in taking advantage of this Black Friday special, head on over to Agora Models! 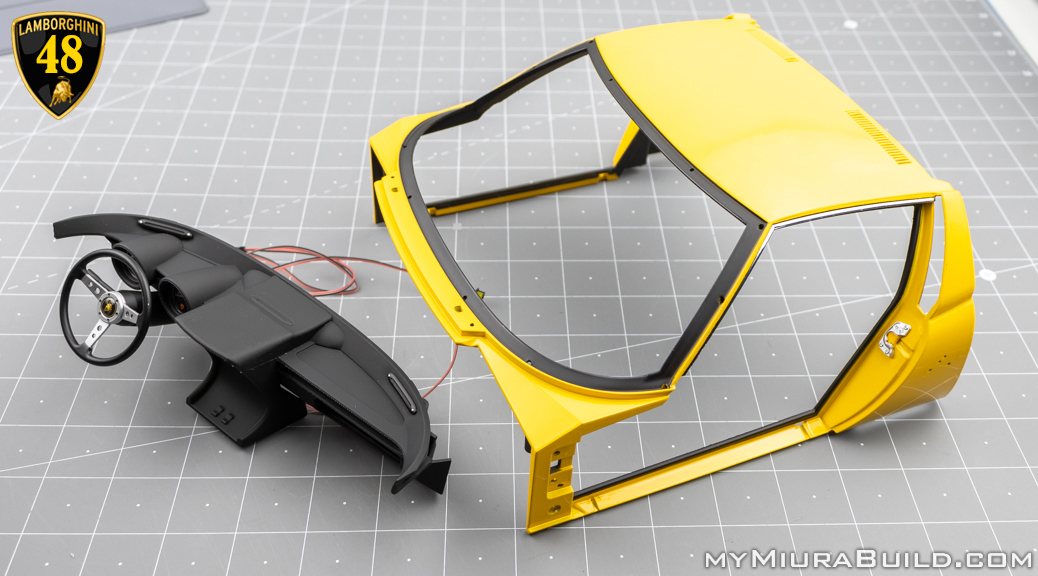 In Stages 43-50 (Pack 6) of our Agora Models 1:8 scale Lamborghini Miura build, we complete the detailing of the Cockpit Floor and Steering Column, then move on to the Interior Roof Panel and Central Bodywork! 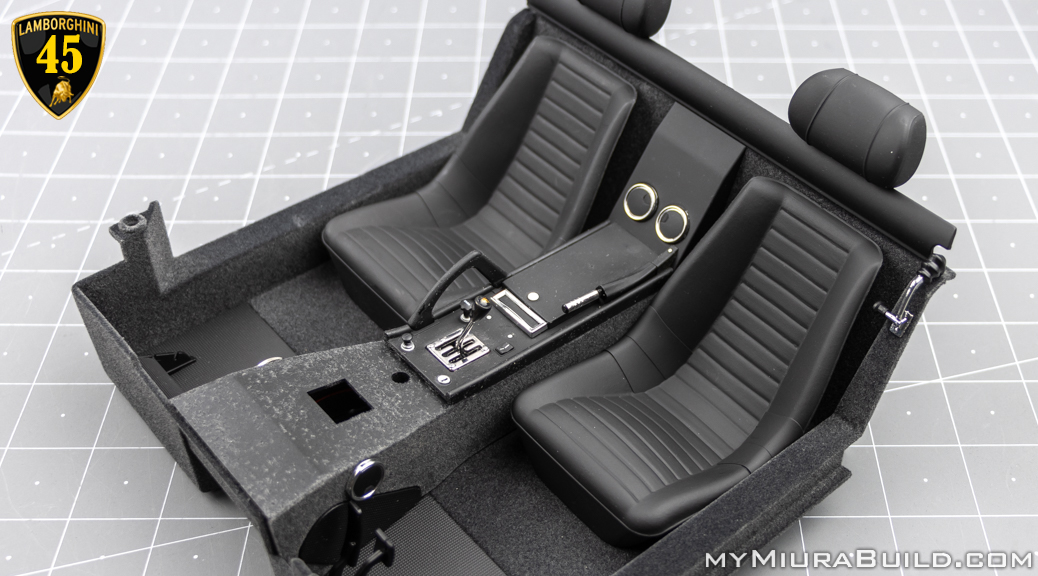 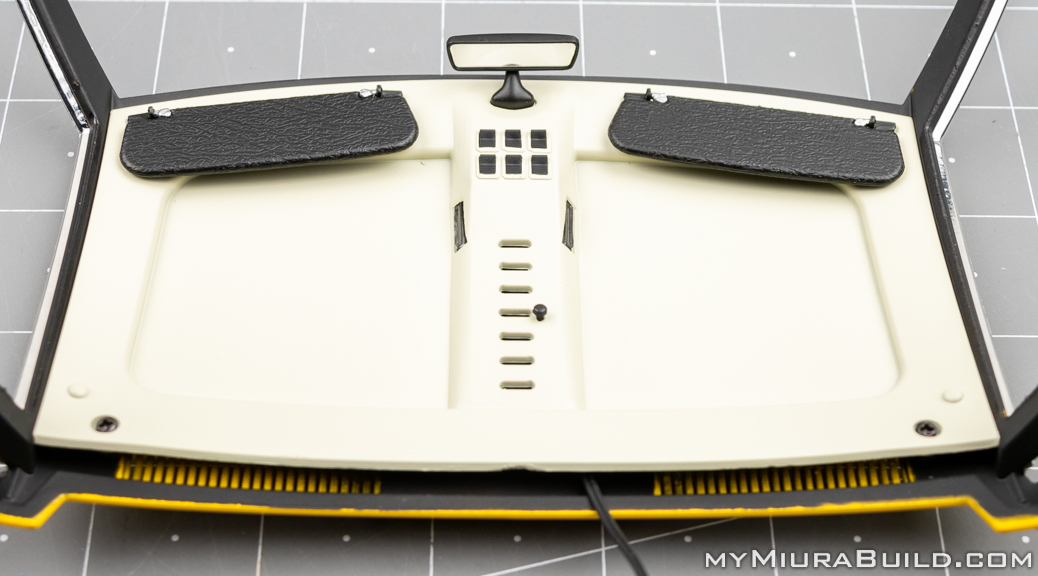 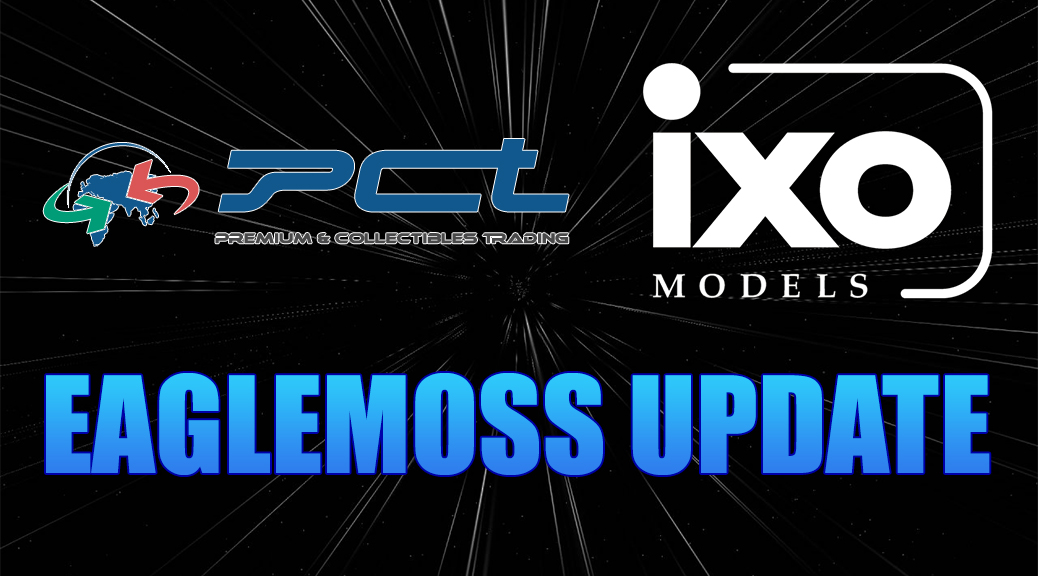 IMPORTANT NOTE: I am not affiliated with PCT/IXO – I am just another builder like yourselves. I provide this information to help others.

The previous post I created to track the bankruptcy of Eaglemoss LTD was becoming quite long, so I have created this new post to share the latest information I have regarding the future of our builds. To summarize the earlier post, Premium & Collectibles Trading LTD (PCT) purchased the intellectual property (IP), customer databases, and multiple web domains for the Eaglemoss partwork build-up models right before they officially went into administration.

PCT owns many subsidiaries, including IXO Models (IXO). PCT/IXO is the company responsible for the manufacture of most of the Eaglemoss’ partworks, including the Back to the Future DeLorean, Ghostbusters Ecto-1, and U.S.S. Enterprise NCC-1701-D. Now, PCT/IXO owns the right to these products themselves and are working on reestablishing licensing and distribution to customers.

PCT/IXO told me today that the new website is currently undergoing final testing and should be available soon. They also said I will be priority informed as soon as it goes live. I will of course share those details here and on the Partwork Central Facebook groups ASAP.

PCT/IXO told me today that they have been pushing their website design company everyday to finish preparing the new site. It is expected to be online in a few more days.

Ben Robinson (@BenCSRobison) tweeted a few nuggets of information today regarding both our partworks and the Starship Collections: 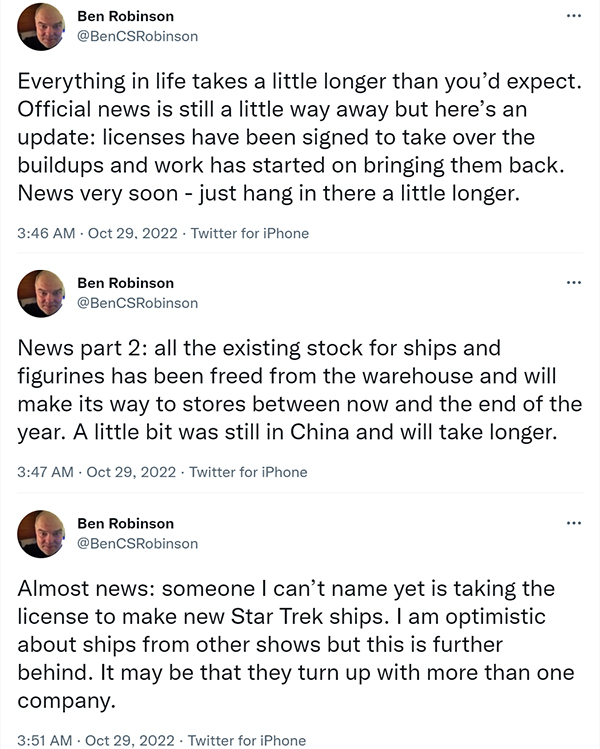 PCT/IXO has said that they should have a dedicated website online very soon to allow customers to order their missing/remaining parts for many of the Eaglemoss partwork builds. They expect it to be available either the end of this week or early next week. I am also hearing that a toll-free number is being setup to take questions/orders, as well as an option to order all of the needed parts in a single purchase or as monthly deliveries. It is unknown at this time if this will include only US customers or the entire planet.

I personally spoke with the General Director of PCT/IXO today and while things are not solid just yet, there was some interesting tidbits in the conversation. This situation is constantly changing on a weekly basis, but generally has been moving towards a good outcome. The survey from IXO I have linked below has received over 2,500 responses which is fantastic on everyone’s part. However, they want to address each customer directly so it will take a bit of time to get through them all. By the way, if you ran out of room on the form for all of your partwork builds, they recommend using another Google account to complete a second form with the same contact information.

There were some people asking if the price for the parts would be cheaper with Eaglemoss out of the picture, however given the current global shipping and general cost increases, this is likely not possible.

The re-licensing of each partwork model is still ongoing and all of the manufacturers (not just PCT) are eager to restart production of the models. However, since Eaglemoss stopped sending orders back in November 2021, it has been 10+ months since these parts were made. It will take time to get the lines up and running again.

It is possible that some partworks will not be resumed for financial, stock, or licensing reasons, but it is too early to tell. Rest assured though, they are working hard to overcome the various legal, industrial, and shipping hurdles standing between us and completing our builds.

Finally, something I found interesting is that many of the licensor/publishers are focused on resuming service here in the United States first. I really thought the European market would be the priority, so this took me by surprise. I have a feeling that this may be because most of them are based in the US. Either way, I do feel we are slowing inching closer to a positive result after the downfall of Eaglemoss back in July. It may take until early next year, but be patient and be hopeful. We will get there!

Today, the IXO marketing department sent an email to a small group of Eaglemoss partwork customers:

I spoke to PCT/IXO about it and I wanted to add some additional context. Today’s batch run was limited in scope so they could test their system. Therefore, not every customer received it. Larger batches of these emails should go out to customers shortly.

Included with this email is a link to an online Google Form containing a short survey. I have shared this link below with permission from PCT/IXO. They invite any previous Eaglemoss customer with unfinished partwork model builds to complete the survey via this link, regardless if you receive the email above or not.

TIP: Since the survey is presented via Google Forms, you will need a valid Google account to complete it. One survey submission per account.

The survey asks for your name, address, country, which partwork models you were building, the respective Eaglemoss account numbers, and which was the last issue/stage received for each model.   As for what will be the outcome of this data collection, PCT/IXO said:

“Customers will be able to order the parts for the issues they miss. Details will be sent shortly.”

I do want to mention that this email does not confirm that PCT/IXO has secured the required licensing/distribution in the US just yet. I did indeed receive this email in the US, but emails are international. I am awaiting further information from PCT/IXO.

FURTHER UPDATE: PCT/IXO has just confirmed a couple things: First, the solution they are working on for us includes the global market, not just the UK. So, if you haven’t yet, I suggest completing the survey. Second, build instructions *will* be included for the supplied parts. 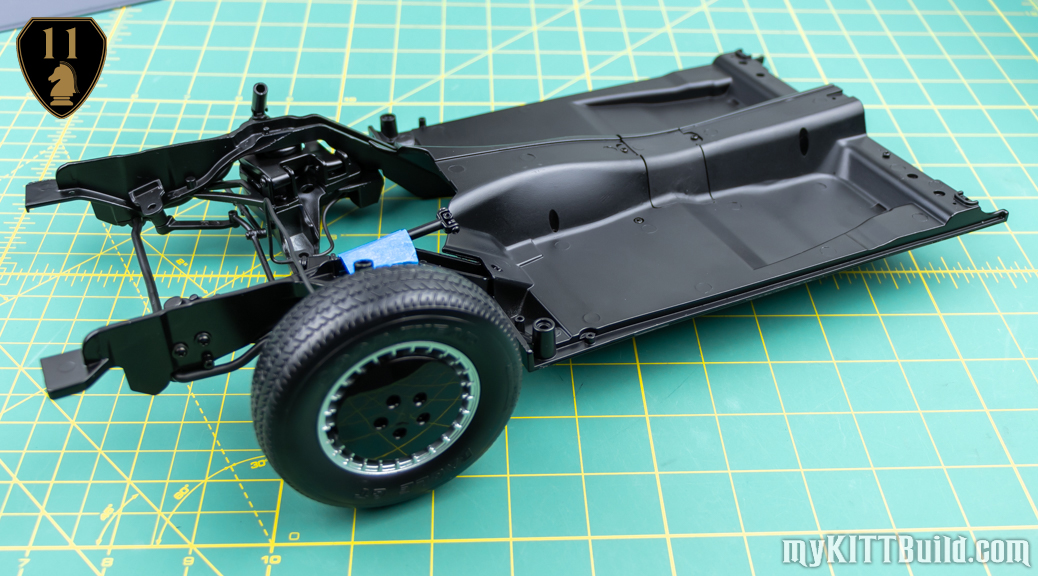 In Stages 11-14 of our Fanhome 1:8 Knight Rider K.I.T.T. build, we connect the large metal Chassis Center Section as well as begin working on the Front Wheel Arch assemblies! 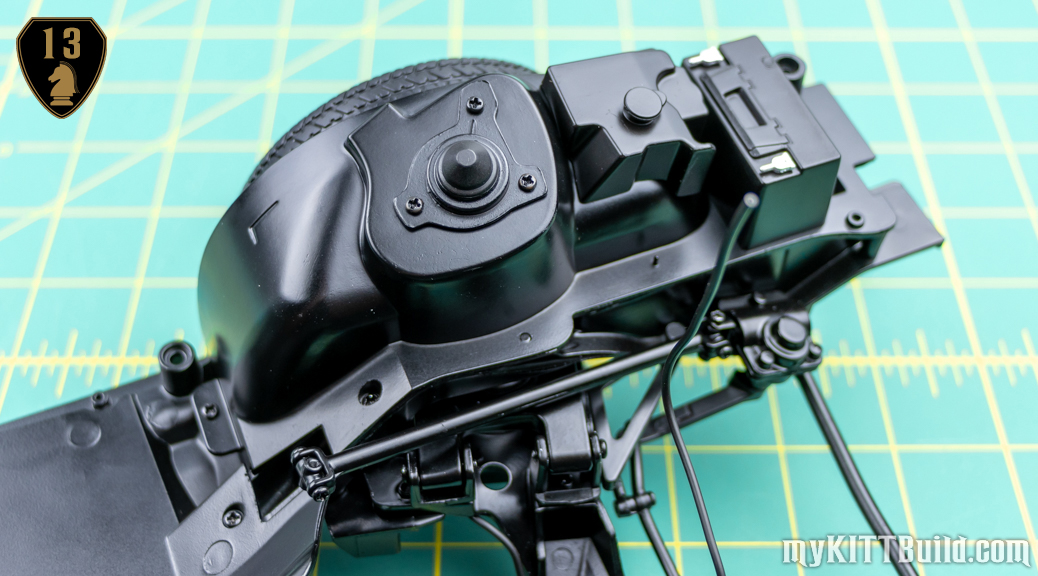 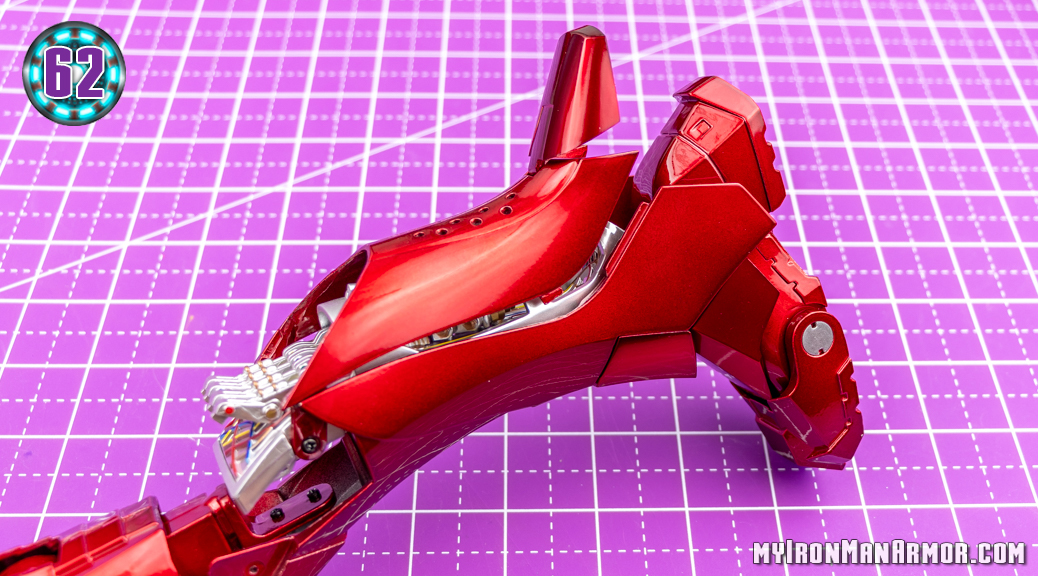 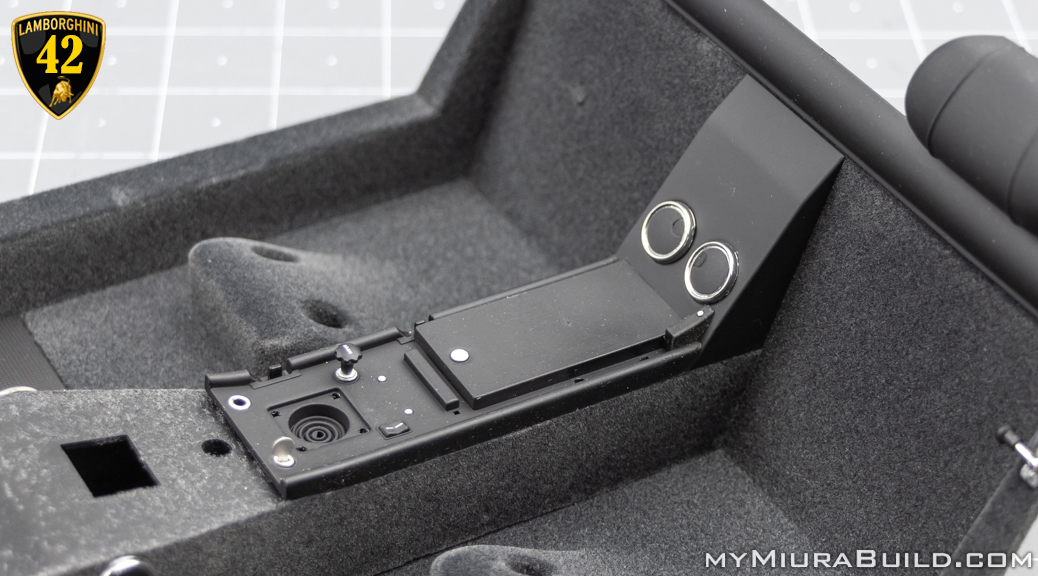 In Stages 34-42 (Pack 5) of our Agora Models 1:8 scale Lamborghini Miura partwork model, we finish up the rear suspension and begin to assemble the main interior Cockpit Floor. This model even came with the carpets pre-installed! 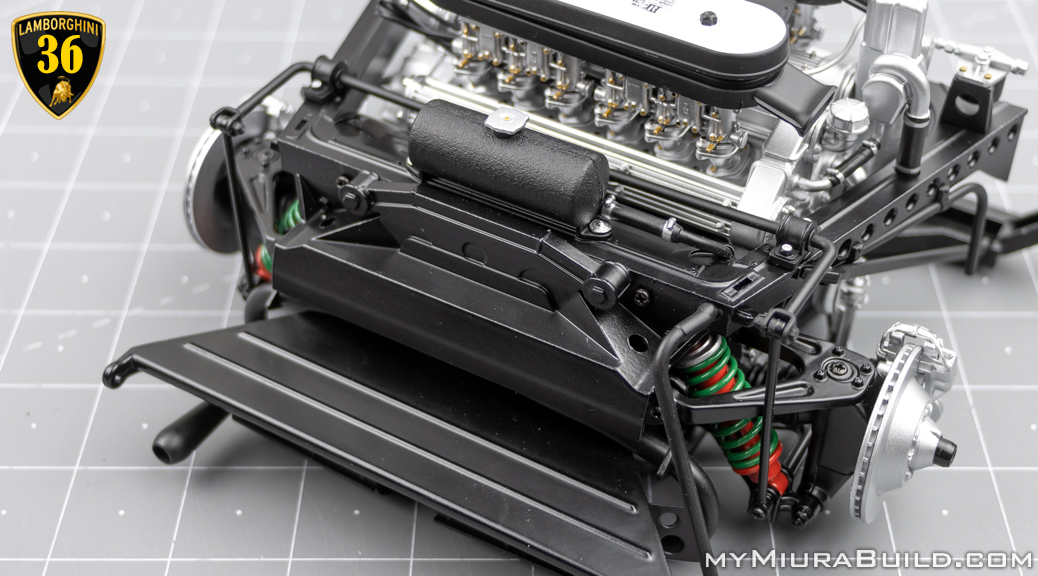 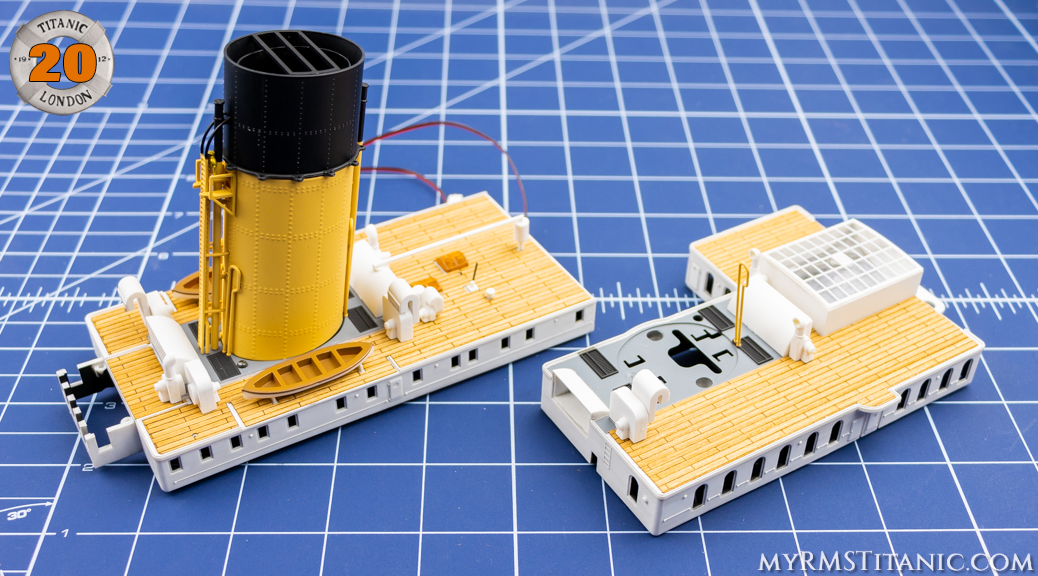 Pack 4 containing Issues 15-20 of our Agora Models 1:200 scale RMS Titanic sees us attach more bow hull sections, our second Funnel, the first class entrance Superstructure, the first LED lights, and a ton of additional details. I also add a lot of custom paintwork along the way! 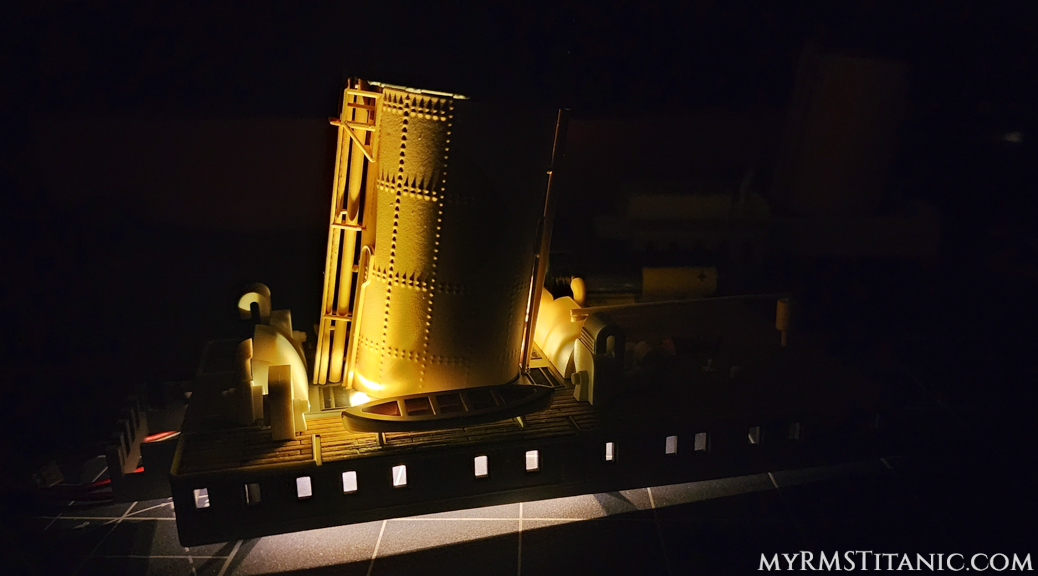 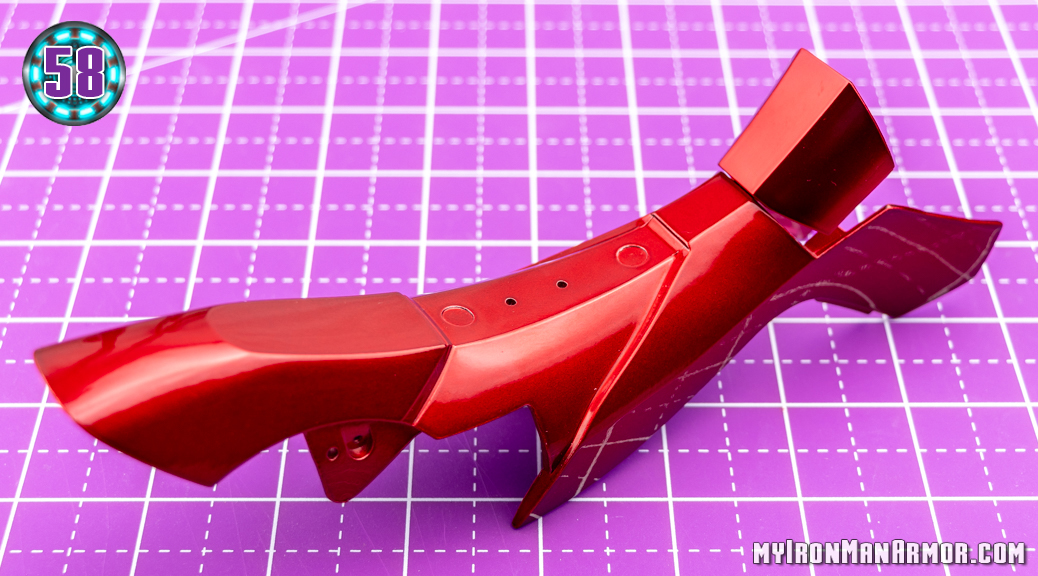 Issues 55-58 of our Iron Man Mk III Armor build are the last issues I had piled up waiting for the back issues. Here, we receive many parts of the Right Thigh and start work on the Right Leg! 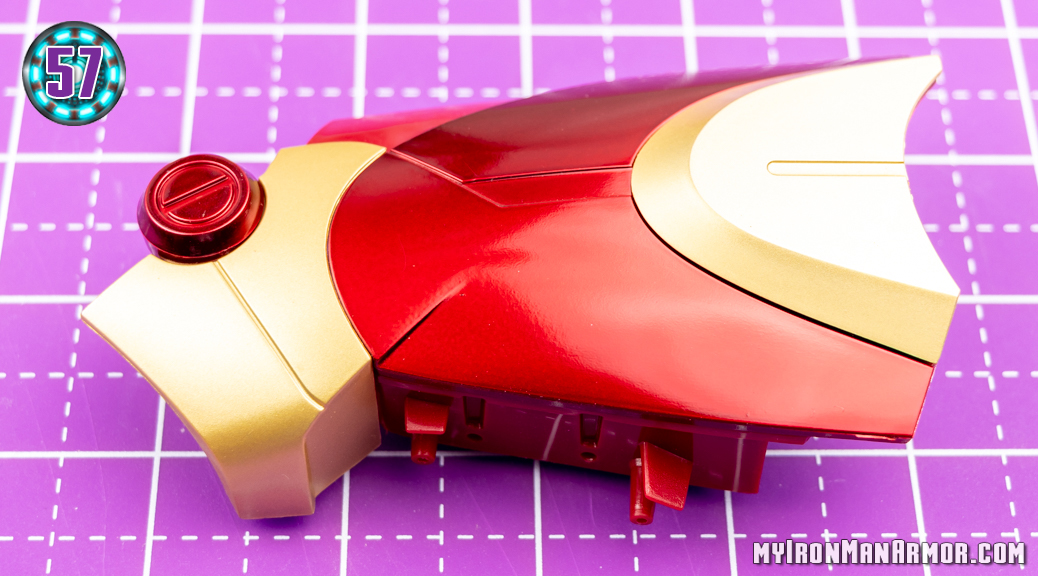 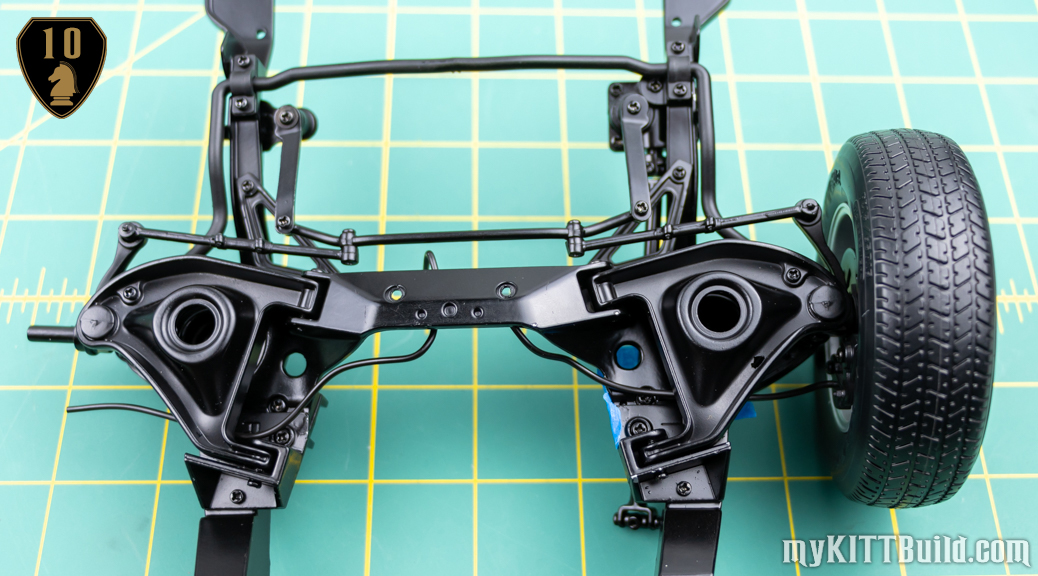 In Stages 7-10 of our Fanhome 1:8 Knight Rider K.I.T.T. build, we complete the majority of the Front Suspension, Steering System, and the Front Brake Lines! 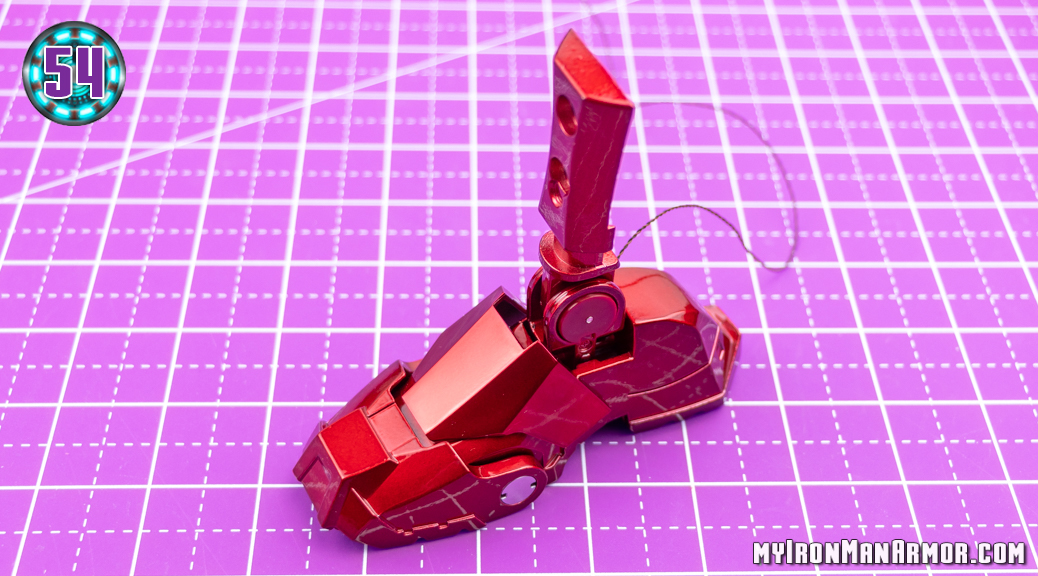 As we catch up on our Iron Man Mk III Armor build, Issues 51-54 includes details for the Right Hip and Right Thigh as well as the assembly of the Right Knee and Lower Right Leg! 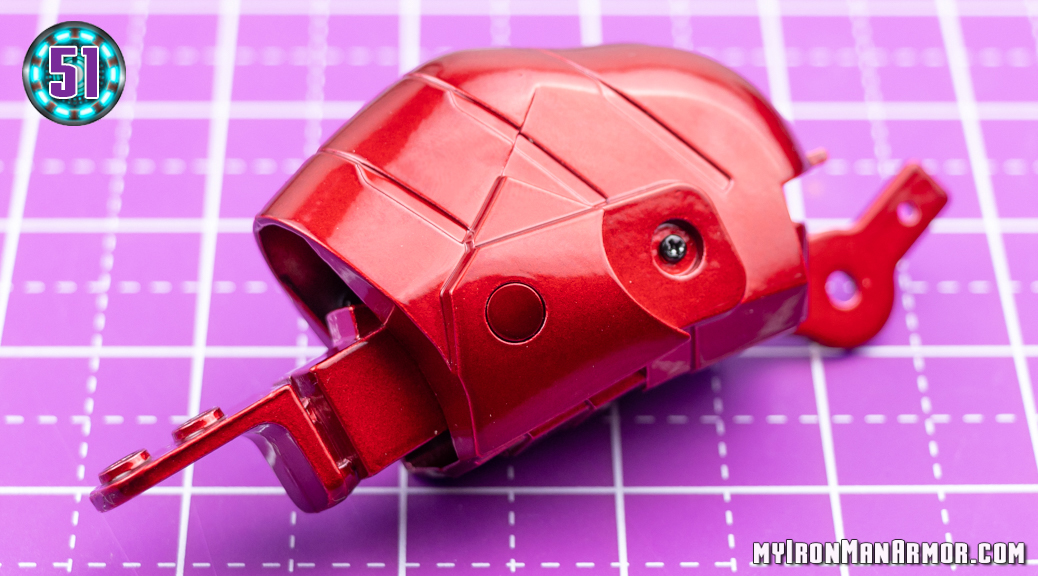