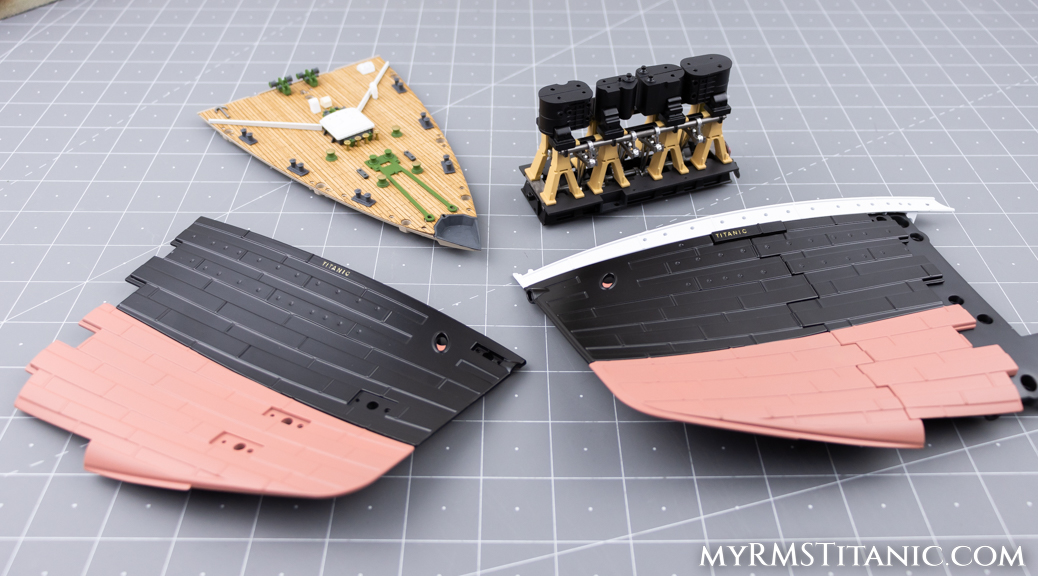 Pack 2 containing Issues 5-8 of our Agora Models 1:200 scale RMS Titanic adds valvetrain and base details to our Engine assembly, increases the size of our bow Hull sections, and includes main anchor chain assemblies for the Forecastle! 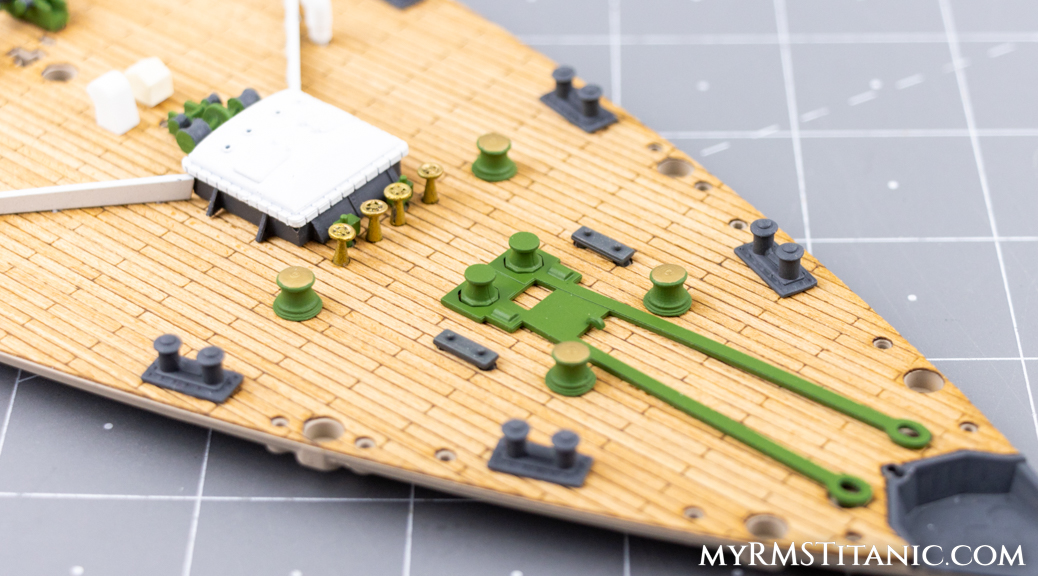 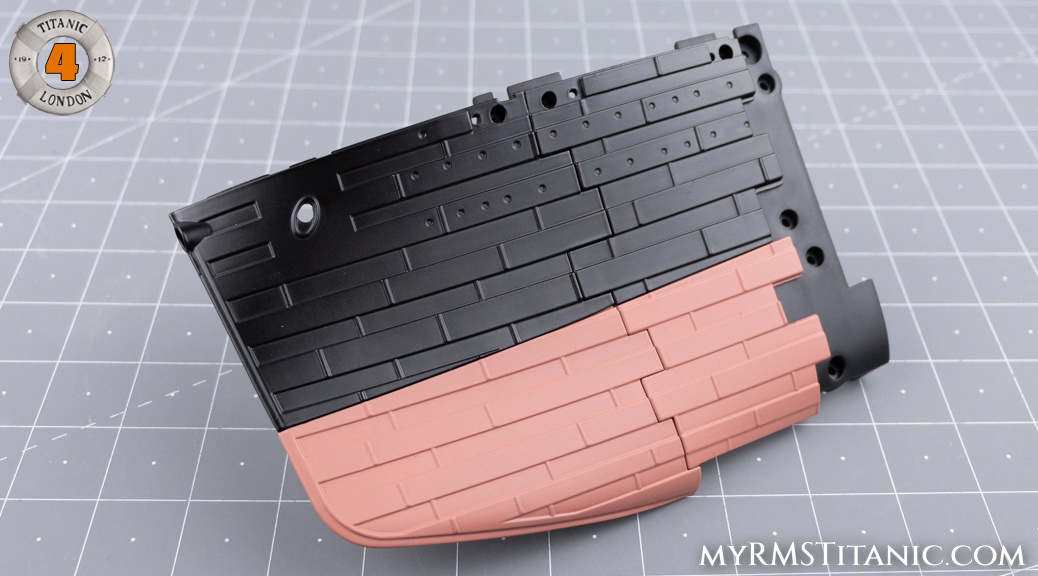 Pack 1 containing Issues 1-4 of our 1:200 scale RMS Titanic from Agora Models/Hachette starts off with a lot to do. Not only do we start construction of the port bow hull section, but we add decking and details to the Forecastle and begin assembly of a massive steam engine! 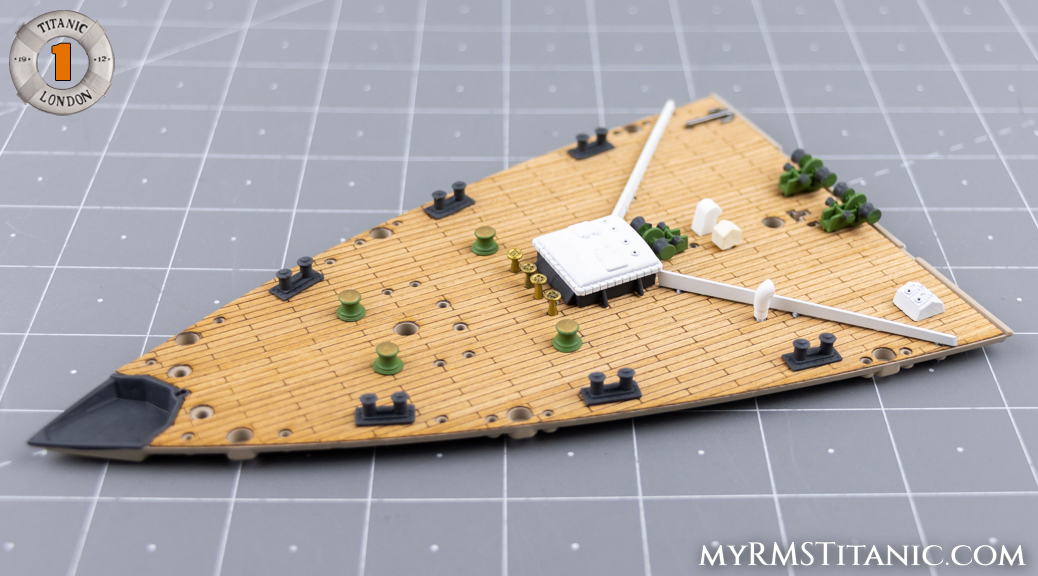 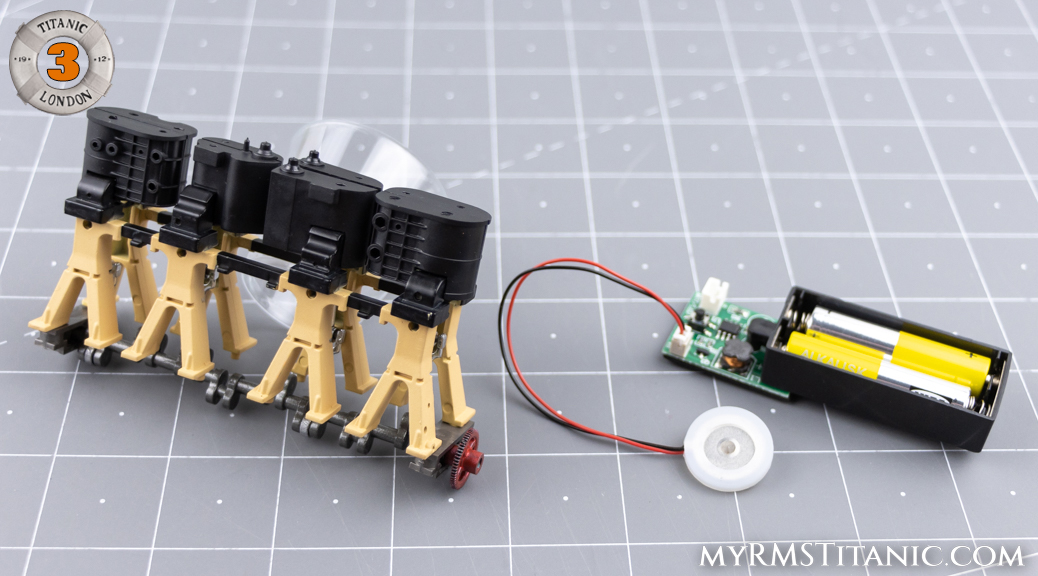 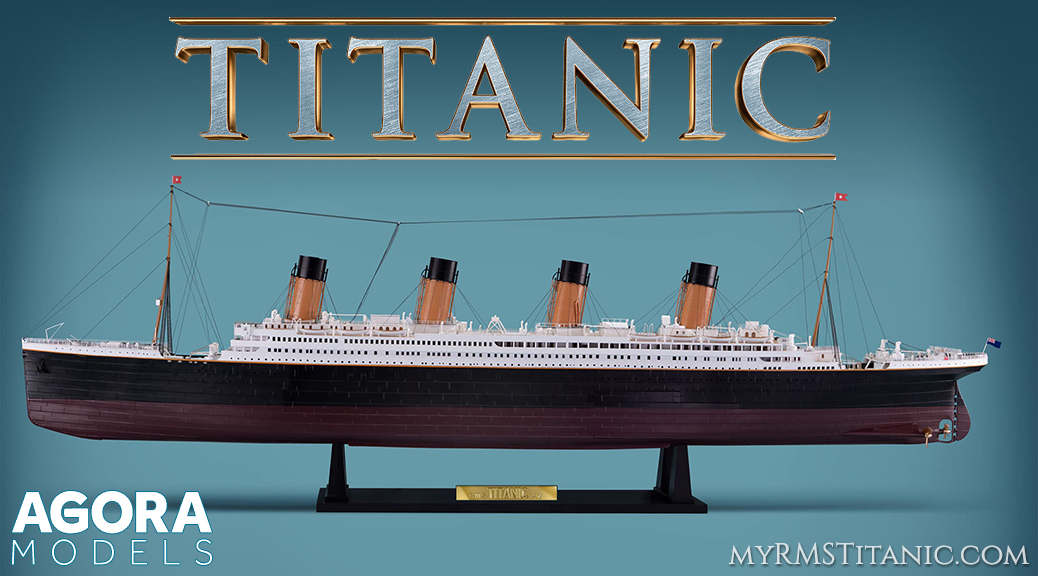 When Agora Models announced they are going to offer the new metal-hull 1:200 scale RMS Titanic partwork model, I knew I was going to build it. Therefore, I have already started the groundwork on a new build site at https://myrmstitanic.com. Check it out! 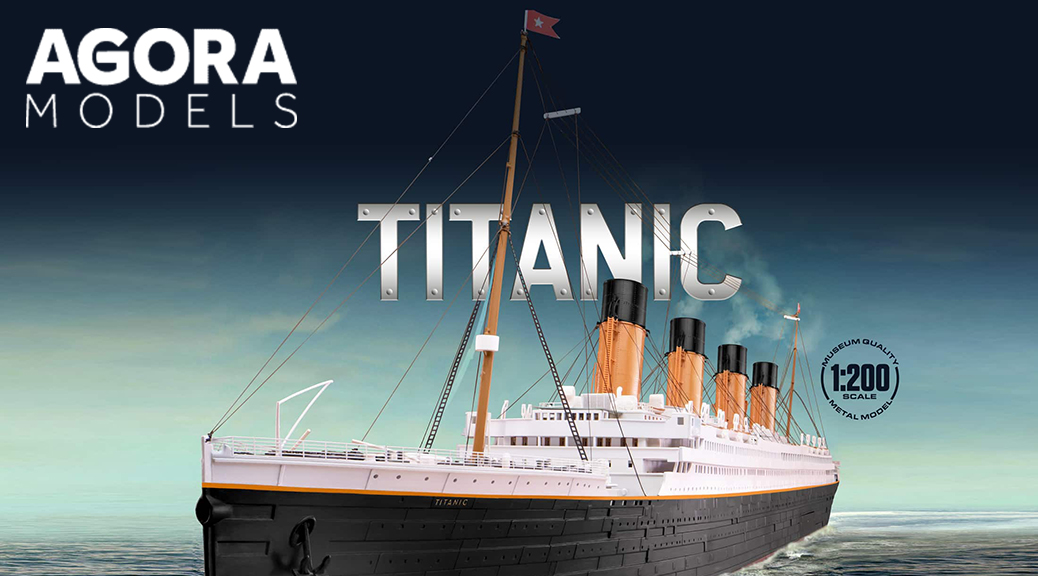 Agora Models is at it again – their latest large-scale model available for pre-order is the infamous RMS Titanic in 1:200 scale! I have been hoping that one of the partwork companies would eventually release a big Titanic and here we are. This is the same model that Hachette Partworks is releasing later this month in the UK. However, Agora Models ships worldwide so I will be able to build this here in the US. I am beyond excited, and that means another build site is coming soon! Look for this Titanic to be available from Agora in May of next year (2022). 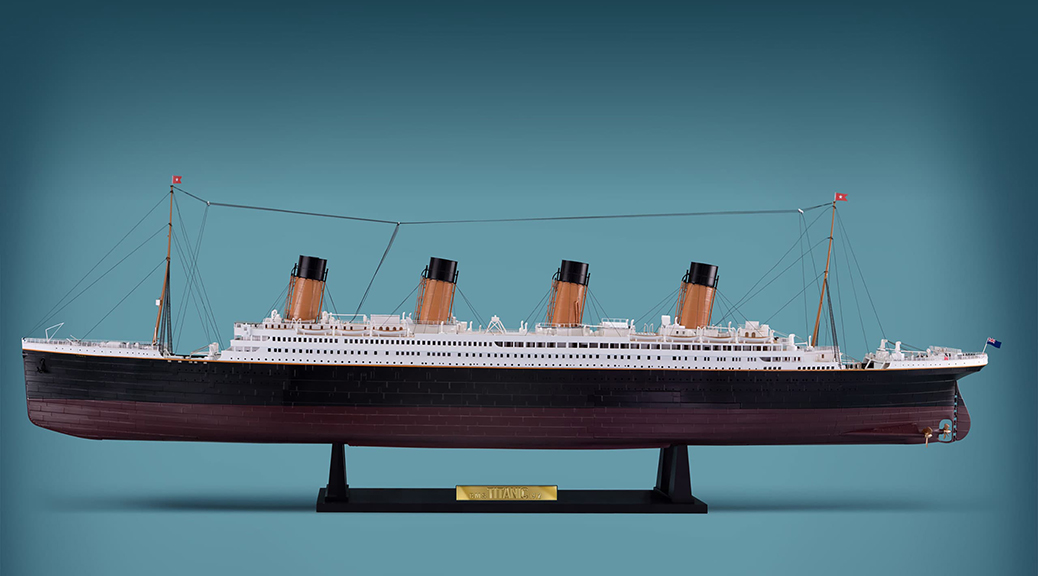 “From the makers of the extraordinary Bismarck, a new masterpiece of model shipbuilding, rich in the most realistic details, the most famous ocean liner of all time – RMS TITANIC.

Designed according to the original construction plans at 1:200 scale, this is an unprecedented model constructed with a die-cast metal hull, wooden deck, and with tiny details from the deck fittings to the hull coverings and mechanical parts at a level of perfection and realism that capture the euphoria and optimism of that moment when the liner set out.

All components are already painted in historically accurate detail and colors, making this Titanic model enjoyable for modelers new to the craft, and experts ready for a new challenge.” 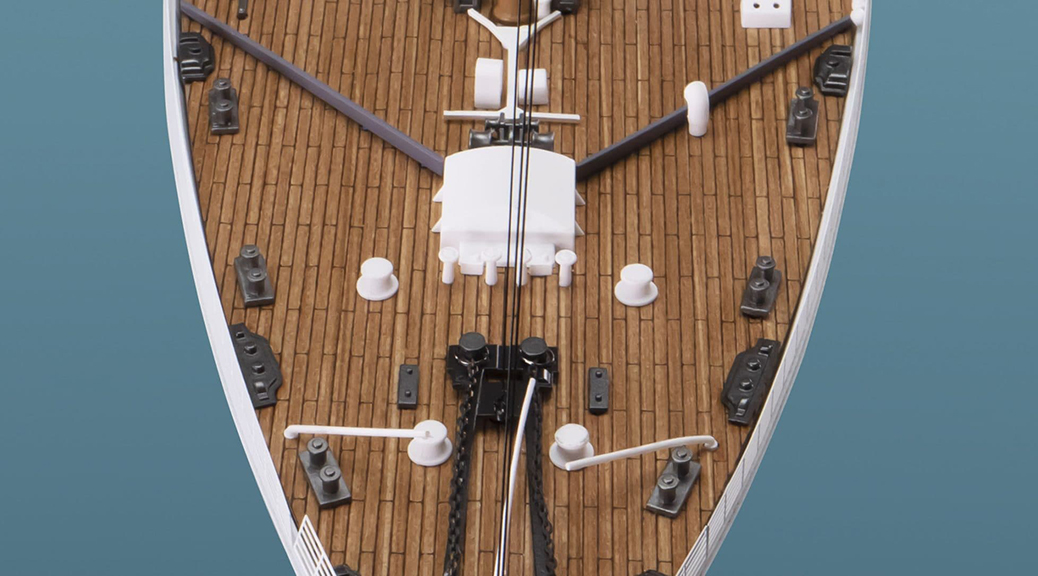 “As it prepared to embark on its maiden voyage, RMS Titanic was one of the most opulent ships in the world, designed for comfort rather than speed. Its immense hull was the largest movable manmade object at that time, having a gross registered tonnage of 46,328 tons.

Having inspired countless stories, articles, films and scientific research, and capturing the worlds imagination, we feel honored to bring such an accurate and detailed scale model of this most famous, British luxury passenger liner. Created following the original plans designed by shipbuilders Harland and Wolff, this 1:200 scale model features refined metal details and photo-etched brass railings along the decks and brilliant attention to detail in every part of the ship from the wooden decks to the technical accessories, resulting in a masterpiece in naval modeling.

All components are already painted in historically accurate detail and colors, making the Titanic model enjoyable for modelers new to the craft, and experts ready for a new challenge.” 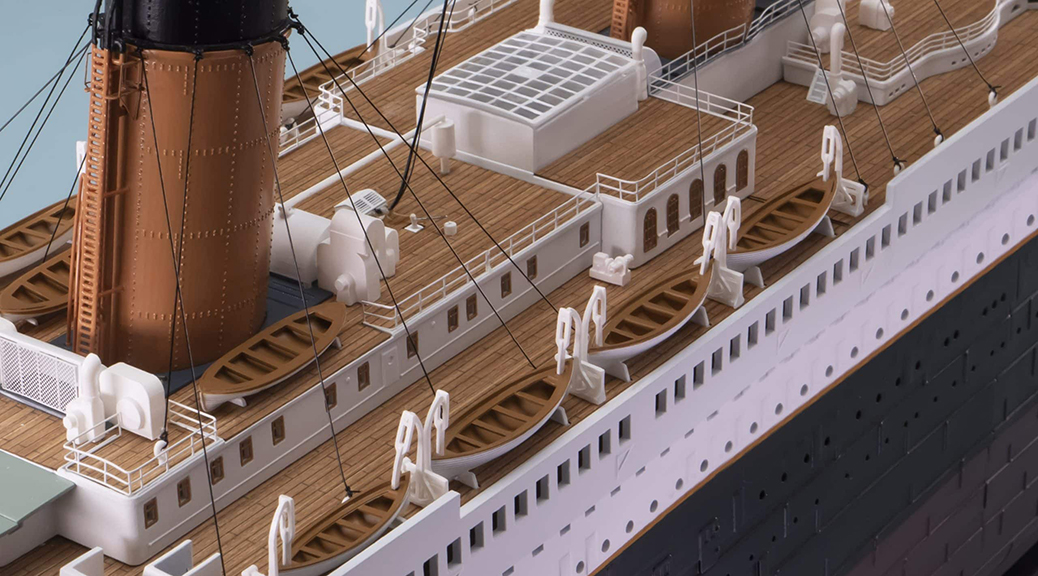 Each of the 140 issues of this partwork will include a magazine detailing the story of the Titanic from the ship itself to life on board. The Agora  Models subscription plan consists of 24 shipments, each one about six weeks apart. The initial shipment includes the first four issues, then the following shipments each contains six issues. 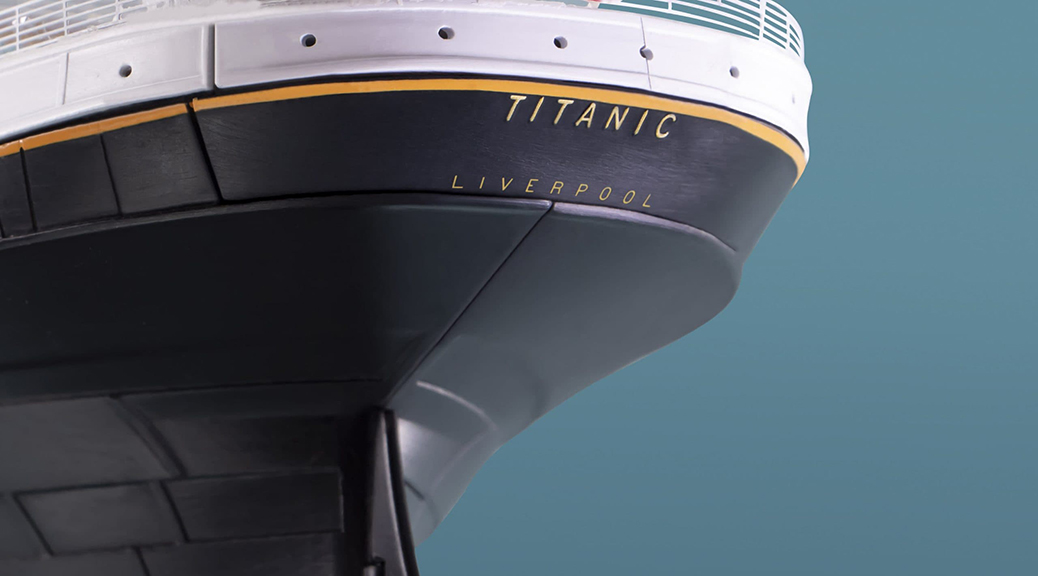 This model is supplied pre-painted. 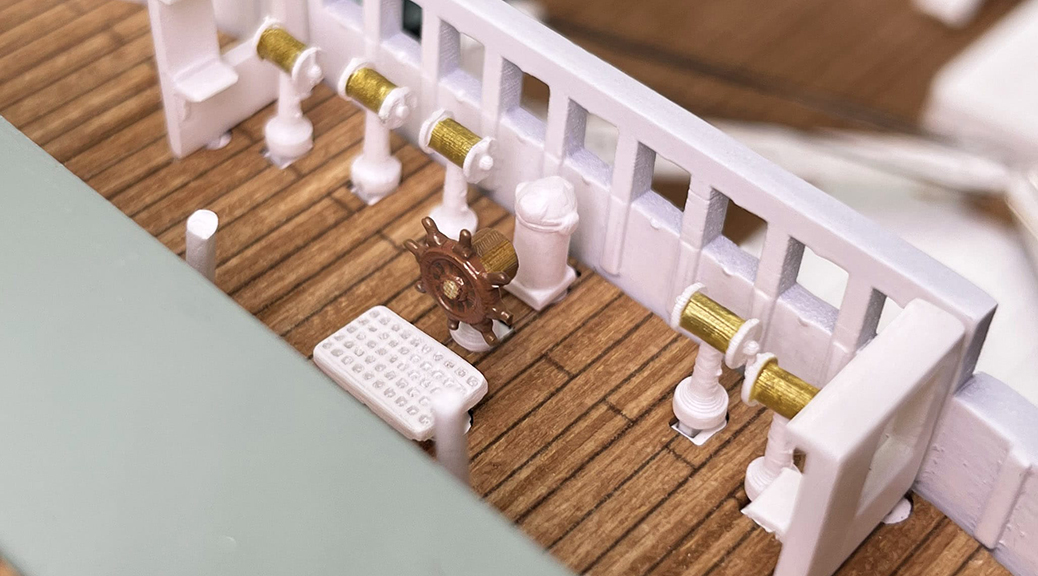 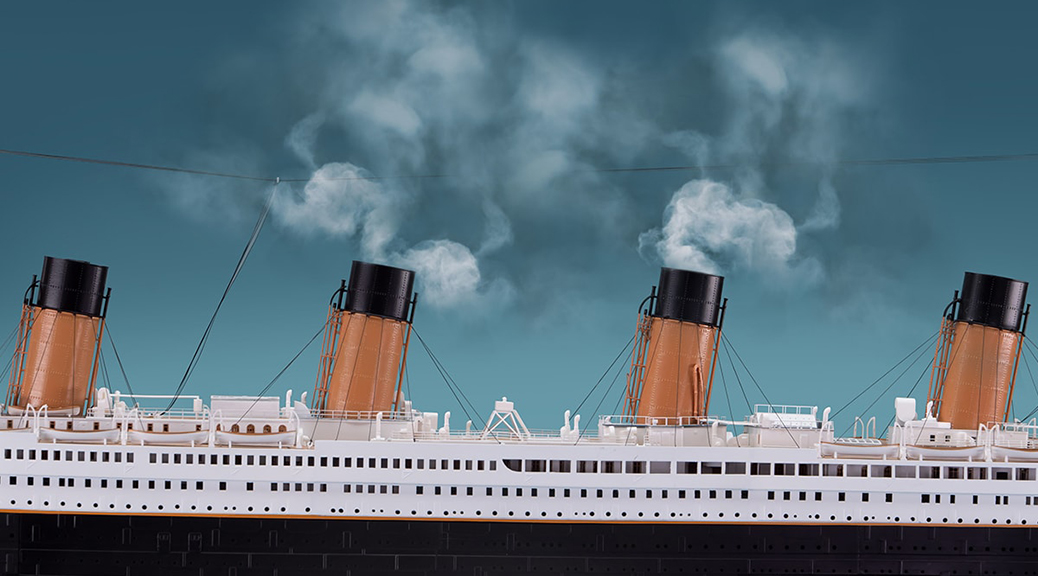 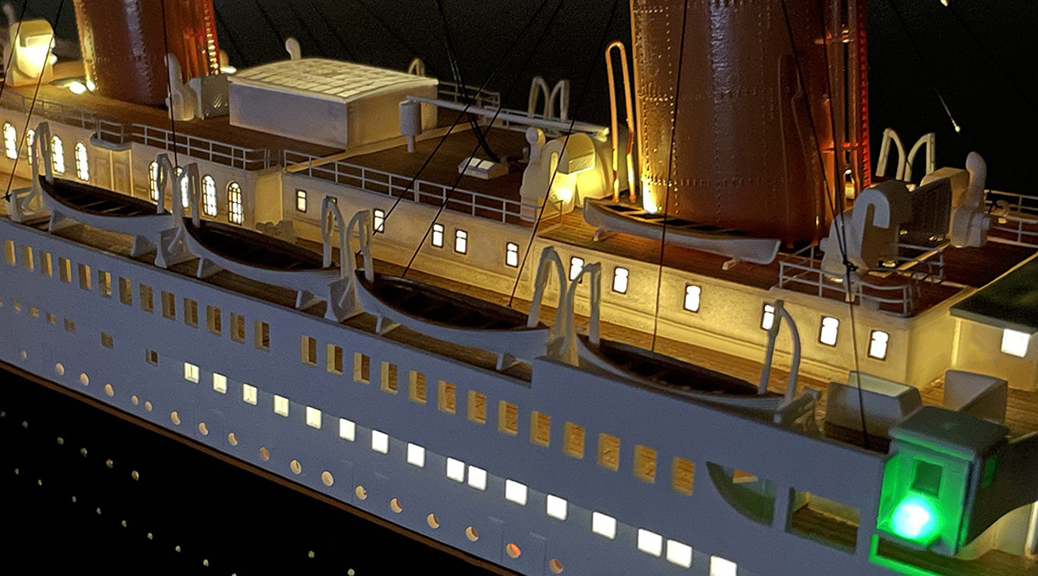 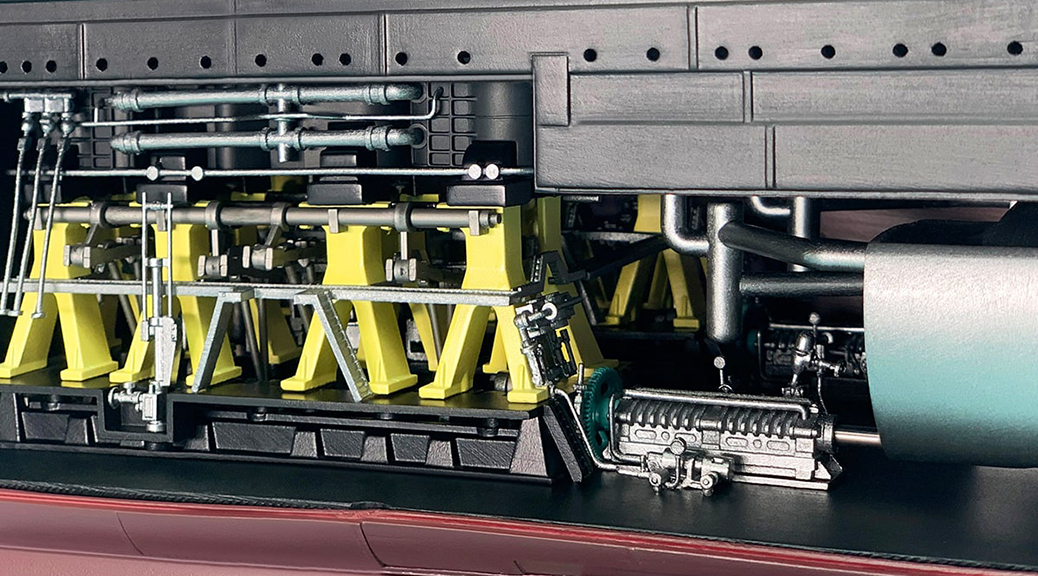 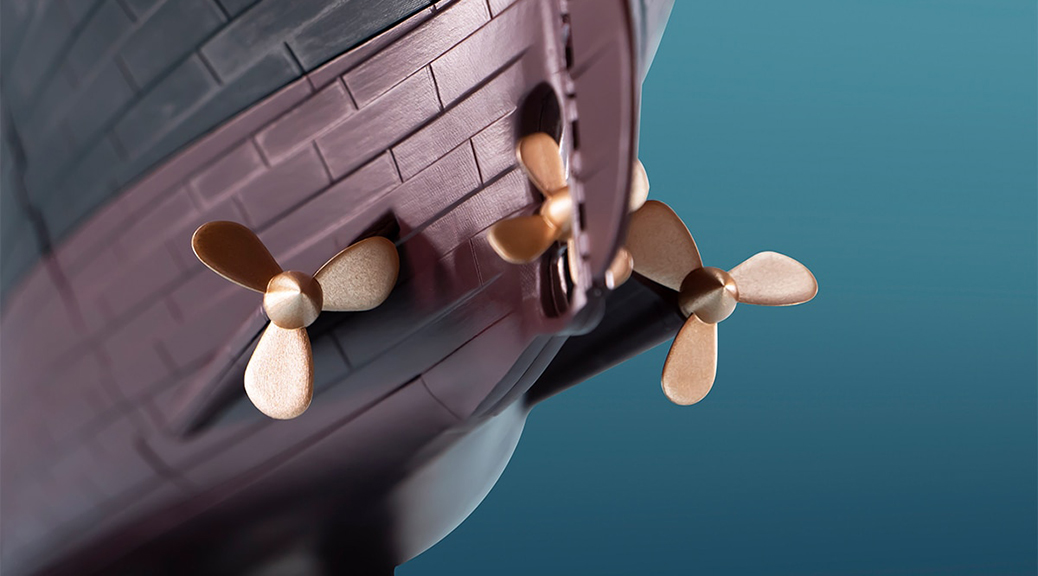 If you opt for the premium subscription at an additional charge, you will also receive this nice display case: 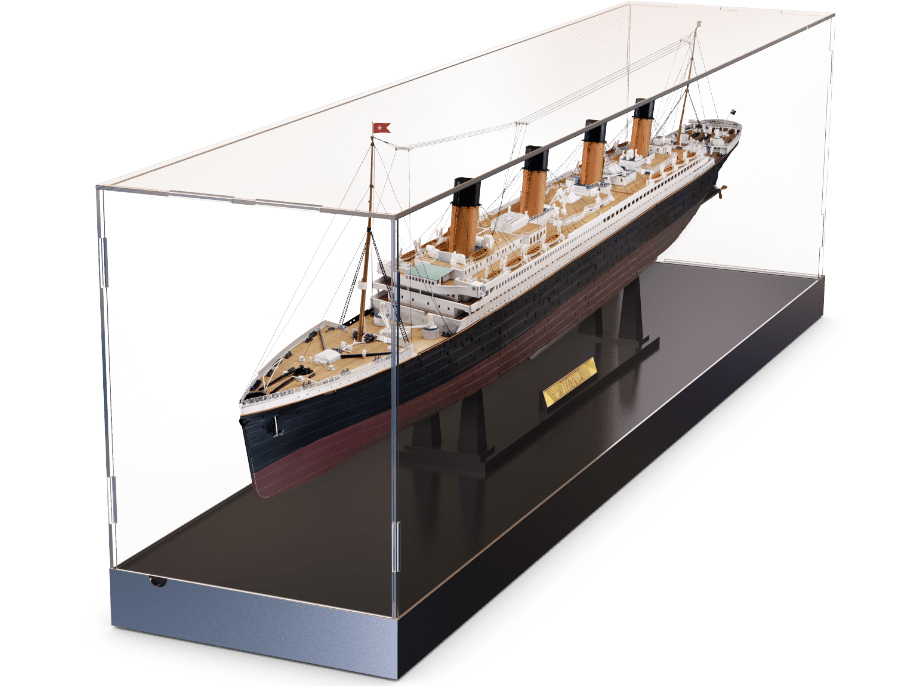 And finally, there will be three FREE GIFTS that Agora will send out as the build progresses: a Titanic-styled pocket watch, tool kit, and a replica Titanic tin plate:

Head on over to the Agora Models Titanic page for more information. I have already got my name on the list for this build! 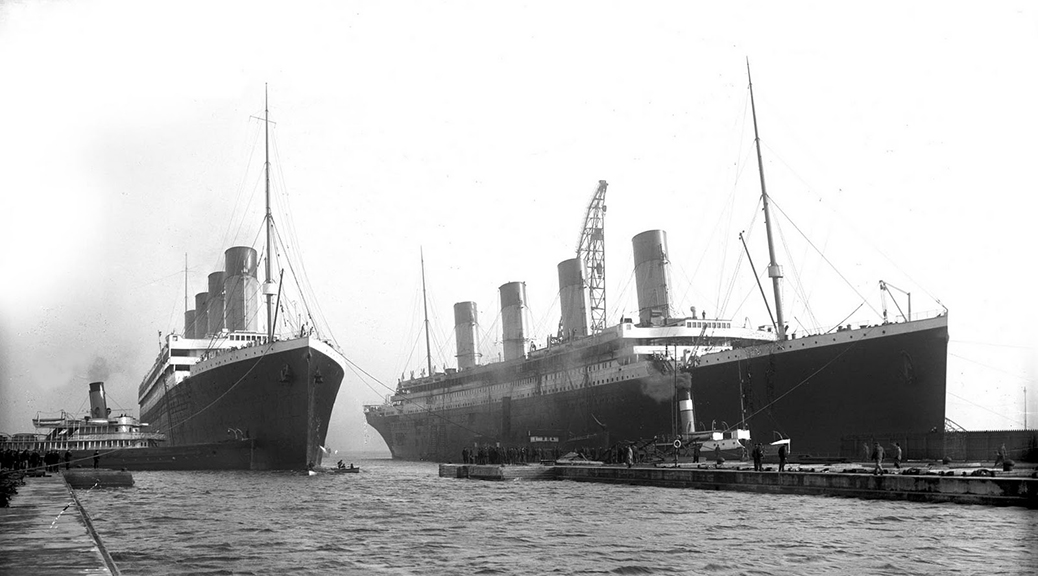 Not one, but TWO Titanic partwork build-up models are coming in the next few months. Eaglemoss and Hachette are both releasing different versions of the legendary ship that tragically sunk after hitting an iceberg on the night of April 14, 1912. I have collected some information on both models and wanted to share the differences. 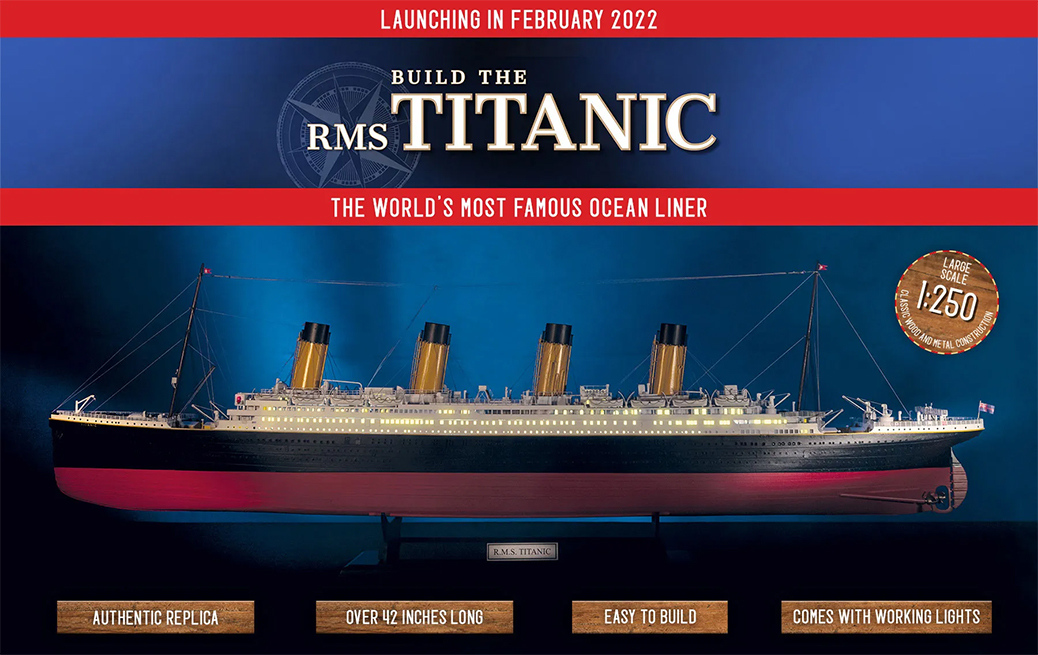 Sign up for your own Eaglemoss 1:250 scale Titanic here! 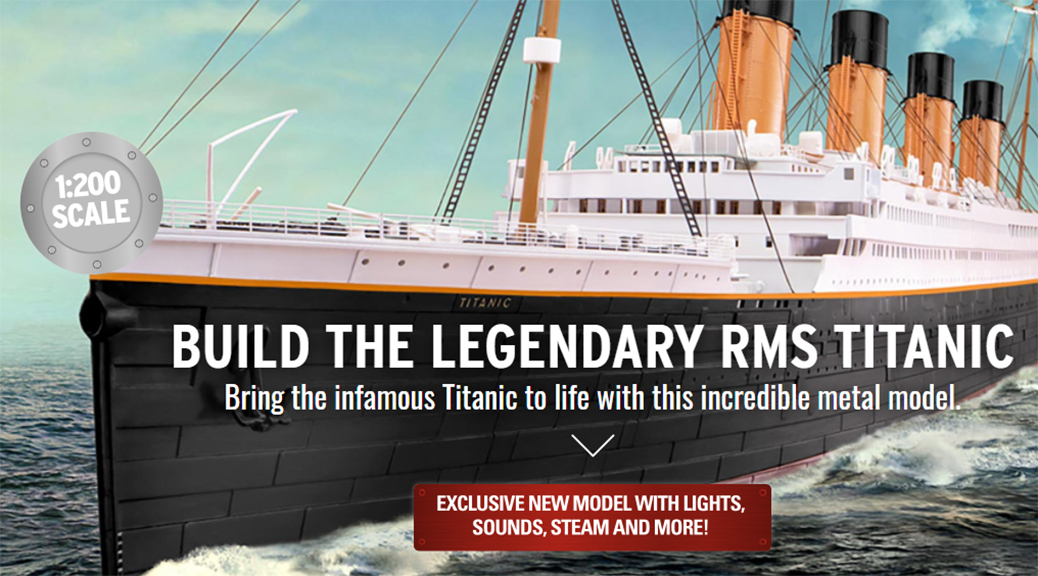 (US) Sign up for your own Hachette 1:200 scale Titanic here!

(UK) Sign up for your own Hachette 1:200 scale Titanic here!

Based on the feature list and the larger size, I would like to build the Hachette model. For a while, the Hachette version of the Titanic was only available in the UK. However, as of May 2022, Agora Models has started selling the Hachette Titanic in the US. This led me to create yet another build site over at https://myrmstitanic.com, so it is going to happen!